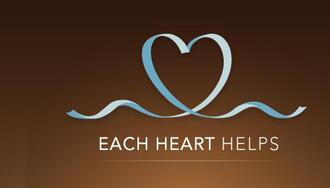 Rebecca Lawlor is an accomplished film producer, actress, designer, business woman, ambassador, and philanthropist who has spent more than two decades bringing attention and support to victims of physical abuse and assault. A person of faith, she is especially passionate about raising awareness for issues affecting women and children.
​
Rebecca Lawlor Limited is the culmination of a lifelong dream for designer, actress and philanthropist Rebecca Lawlor.
Rebecca believes everyone should dedicate their time to a cause they believe in. She took her love for fashion and her passion for helping children and found a way to bring the two together with the founding of the Hearts of Hope Foundation Inc. The foundation is a 501(c) 3, a non-profit organization based on the premise of bringing solid hope to children who have been abused. A portion of the proceeds from the heart and the handbag collection will go to further the mission of the foundation.

Rebecca designed and patented a unique glass heart with a gemstone placed inside. The heart can be worn on the Rebecca Lawlor Limited signature ribbon or you can add it to one of your own necklaces.
Rebecca commissions glass artists in Virginia and across the country to mold each heart by hand. The heart is a wonderful addition to bring awareness to the mission of the foundation.   We hope you will join the mission of the Hearts of Hope Foundation Inc.

After years of trauma at the hands of people she trusted, Rebecca Lawlor has chosen to use her own story of abuse and ongoing healing to bring an issue that is often kept silent into attention. Rebecca aims to make a difference and spread awareness for childhood abuse prevention by inspiring others through her courage to break the silence. Through her enormous healing potential, Rebecca has made the voyage from trauma victim to triumphant survivor with the creation of her initiative, the Hearts of Hope Foundation.

Launched at the beginning of Child Abuse Prevention Month, the Each Heart Helps Campaign is intended to unveil the harsh realities of abuse and spread education for the prevention of trauma to children. Each Heart Helps will promote the sale of Rebecca's Signature Glass hearts with proceeds going to support the Hearts of Hope mission. In addition to fundraising, this campaign is intended to promote action and motivate others to join in the mission to end abuse worldwide.   Truly, in all ways, each heart helps.

WILLIAMSBURG, Va., March 8, 2012 /PRNewswire/ -- Rebecca Lawlor, noted designer, actress, and philanthropist, has been recognized as one of the ten "Most Beautiful Women" by Hampton Roads Magazine, the premier lifestyle and city magazine in southeast Virginia.

The Williamsburg, VA resident was featured on the cover of the magazine's March/April 2012 issue wearing a glass heart piece from her signature Rebecca Lawlor Limited line of jewelry. A portion of the proceeds of all Rebecca Lawlor Limited sales go to support the Hearts of Hope Foundation, a non-profit organization founded by Lawlor and dedicated to bringing hope to abused children.

"I am proud to share this honor with such wonderful role models, selfless women who are very much in touch with their inner purpose," said Lawlor.  "As much as this means for me personally, I'm even more excited for the awareness this will bring to the worthy mission of the Hearts of Hope Foundation. Truly, in all ways, each heart helps."
The "Most Beautiful Women" selection process was based on reader nominations and included interviews with magazine representatives who looked for remarkable candidates who personified kindness, determination, confidence and compassion.

"The women on our list should be extremely proud of this recognition and their storied accomplishments," said Melissa Stewart, Editor in Chief, Hampton Roads Magazine. "It was wonderful to see how these radiant women have touched the lives of our readers and so many others on a daily basis, demonstrating true beauty inside and out."

In October 2011, Lawlor was awarded for her philanthropic accomplishments when she was Appointed Ms. Ambassador FoRe! Children and also honored with the title of "Dame" under the Imperial Order of Saint Helen, an Order of Knighthood whose members are dedicated to the chivalric principles of personal honor, courage, integrity, duty, and service.​
Investiture - Royal Order of Saint Helen
​"I am eternally grateful to Rebecca and the Hearts of Hope Foundation for changing the lives and destinies of my two little girls," said Dalbe Markman, who adopted two young Ukrainian orphans through a non-profit organization supported by the Hearts of Hope Foundation. "Their generous donations have made such a positive impact on the lives of so many children and families."

To help raise visibility and awareness for Hearts of Hope Foundation causes, Lawlor has engaged celebrities and musicians who wear her signature heart jewelry on the red carpet and concert stage.
​
"I met Rebecca on the road and she does amazing work for children and victims of child abuse," as quoted in Country Weekly News, Meghan Linsey, former member of Steel Magnolia who has been photographed wearing the black "Bulletproof" heart from the Rebecca Lawlor Limited line. "I just love kids and have always had a heart for kids in situations like that," continued Linsey.
Press release - a heart fore grace
This Businesswoman with a big heart